The 2021 rally is to be hosted by Network members Tony and June Adlard and will be based in the village of Titley which is halfway between the towns of Presteigne (Llanandras in Welsh) to the north and Kington to the south (3 miles in each direction). The beautiful Welsh border country and Offa’s Dyke (see map below) are about 1.5 miles to the west at this point.

The Welsh Marches is an imprecisely defined area along the border between England and Wales. The precise meaning of the term has varied at different periods. The English term Welsh March  was originally used in the Middle Ages to denote the marches between England and the Principality of Wales, in which Marcher lords had specific rights, exercised to some extent independently of the King of England. In modern usage, “the Marches” is often used to describe those English counties which lie along the border with Wales, particularly Shropshire and Herefordshire, and sometimes adjoining areas of Wales. However, at one time the Marches included all of the historic counties of Cheshire, Shropshire, Herefordshire, Worcestershire and Gloucestershire. (Suggested Ordnance Survey Maps – Landranger nos: 147 & 148) Herefordshire is one of the most rural and sparsely populated counties in England with an economy mainly based on agriculture. It is well known for its fruit and cider production, the ubiquitous Hereford cattle (left) and seasonal mistletoe. It has good access to places such as Hereford (Mappa Mundi), Hay on Wye (bookshops), Ludlow (restaurants) and the gateway to Wales. It also has one of the highest concentrations of half timbered (‘black & white’) houses in the country.

Formerly the county town of Radnorshire, Presteigne actually straddles the   England/Wales border and lies to the east of Offa’s Dyke. Historically the inhabitants were mainly English but this made the town a target for Welsh rebels. The town has many fine buildings including The Judges Lodgings used as a combination gaol and courthouse by visiting judges until 1970. In the churchyard of St Andrews Church is the grave of 17 year old Mary Morgan convicted and hanged for the murder of her infant son in 1805. The fascination of this case was that the identity of the father was never revealed.

Kington is a ‘centre for walking’ as it lies on the Offa’s Dyke trail and three other trails. Historically its economy was based on agriculture but this changed in 1820 when a horse drawn tramway was constructed to bring coal, iron and slate from South Wales and return with wool and burnt lime. St Mary’s Curch dates from around 1200 and is one of nine churches in Herefordshire with a detached bell tower (although in this case the gap has since been filled in).

(All entrants will receive a detailed itinerary with times at a later date.)

In the early evening, assemble at the Kington Golf Club to take the important opportunity to spend a pleasant and hopefully enjoyable few hours meeting the other entrants, looking at the cars and receiving the Rally Pack, including the Rally Handbook, from Tony & June. However, be warned that Kington Golf Club boasts the distinction of being the highest in England and it entails 1 mile uphill. But it is worth it when you get there as the views are spectacular. It is planned to have a light meal available although there are alternative places to eat in Kington and the Michelin Star ‘Stagg Inn’ in Titley. Crews assemble with their cars for a fairly early start at Titley Village Hall for the pre-tour gathering and rally group photograph in advance of the start. The Village Hall toilet will be available.

The all-day tour of about 90 miles will consist of a circular route through mid Wales with an extended coffee stop at the Elan Valley Visitor Centre. This is located at the bottom of a series of five reservoirs constructed in the late 19th century to supply water to the rapidly expanding Birmingham – a controversial political decision both then and to this day! The remarkable aspect is that the 118km pipeline has no pumps and only uses the natural gentle gradient to achieve a flow.

After the coffee stop, the tour continues up and around all five reservoirs amid spectacular scenery before heading east again through Rhayader to our sandwich lunch stop at the isolated Bwlchysarnau (pronounced Boolk-ee-sar-nigh!). Then on with the tour to Knighton via the Knucklas Viaduct. At Knighton, there will be the opportunity to visit the Offa’s Dyke Centre – tea, cake and toilets available – before returning to Titley.

From 6.00pm assemble again at Kington Golf Club for the social evening and dinner. This is a very important highlight of the weekend when good food and drink fuel all sorts of conversational topics and lead light-heartedly to the presentation of the annual awards. All rally attendees are encouraged to attend this function – in fact it is almost obligatory! Newcomers can be assured that no one will be left in a corner on their own and a good social evening can be anticipated, as has been the case at the past ten rallies.

The dinner will consist of two-courses with several options of mains, vegetables and dessert courses to choose from including for a vegetarian option. A limited menu will be sent out to entrants in due course to indicate their preferences for food. This will not be binding but will provide a good guide for the chef. The club bar will be open and wine can be bought for the table.

Once again crews assemble with their cars at a reasonably early time at the Titley Village Hall before leaving for the half-day tour – the afternoon being free of rally arrangements.

The tour will be 35 – 40 miles and take in some of the Black & White villages in Herefordshire. This will be a leisurely tour with opportunity to walk around some of the villages. A coffee stop will be arranged at a suitable point before continuing to our lunch stop somewhere in or near the historic town of Ludlow. The afternoon will remain free for entrants to do as they wish although some local points of interest will be included in the Rally Handbook as suggestions.

In the early evening a farewell gathering will be held at Kington Golf Club for those able to stay on. At this time as in the past, stories of the weekend’s events are expected to be discussed, embellished and possibly laughed at, over another drink or two. Light meals should be available similar to Friday evening.

The main purpose of the rally is to have fun with our old cars in the good company of like-minded people. The previous ten rallies have been acclaimed by entrants for the way they have combined good vintage motoring through wonderful countryside with ample opportunities to meet old friends and make new ones. An important and notable feature of the previous rallies is the way in which first-time entrants are made welcome and brought into the fold. The rally is non-competitive and a Rally Handbook and Rally Name-Plate with Number (to fit onto the car) will be supplied to all entrants on the Friday evening. Clear tested route instructions are given in the illustrated Handbook together with maps and information such as telephone numbers of the hosts, a list of entrants’ names and their car details, the location of petrol stations, and a few general notes about the sites and countryside that the routes pass through.

The tours will of course be Morris Minor friendly on mainly traffic-free but often narrow lanes and roads through beautiful countryside, villages and some small towns with just a few low-gear hills.

The Rally Entry Form must be filled in, signed and returned by each entrant to the organisers. There are several ways indicated on the form to pay the Rally Fee, which aims to cover the essential costs. A further request will be made later for monies to cover any of the options that are taken up, including the all-important Saturday evening dinner.

We are very much looking forward to welcoming entrants to the rally on the Welsh border of Herefordshire. The emphasis is friendship, fun and our Morris Minors together with MG Midgets, Wolseley Hornets and other marques of pre war cars who like to join us. All will be made very welcome. Tony & June Adlard – August 2019

A taste of what to expect…

…photos courtesy of Ken & Kate Martin and others 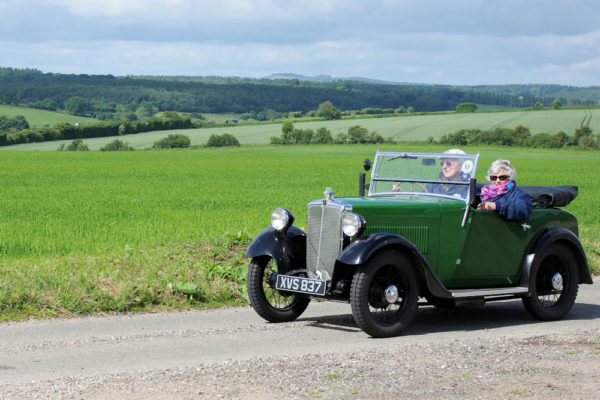 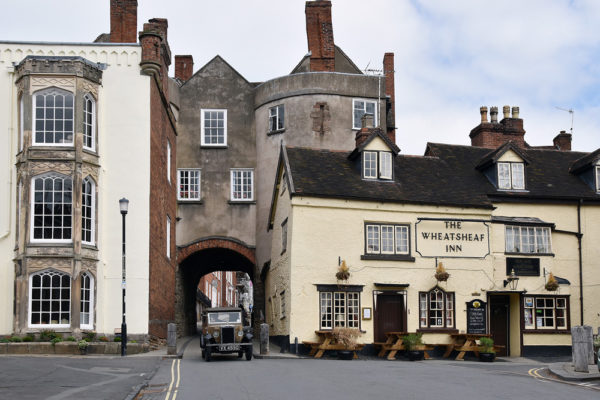 Ludlow The Broadgate 15May15 KateMartinPic 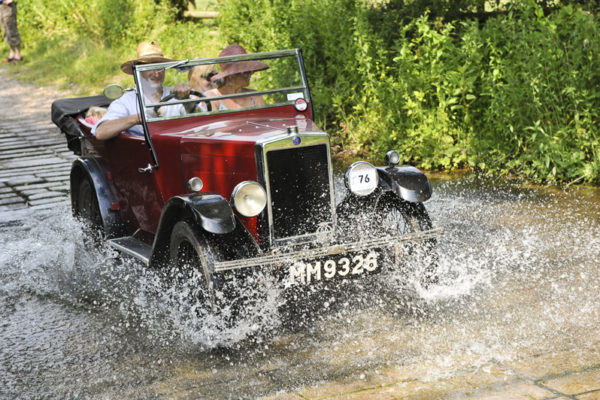 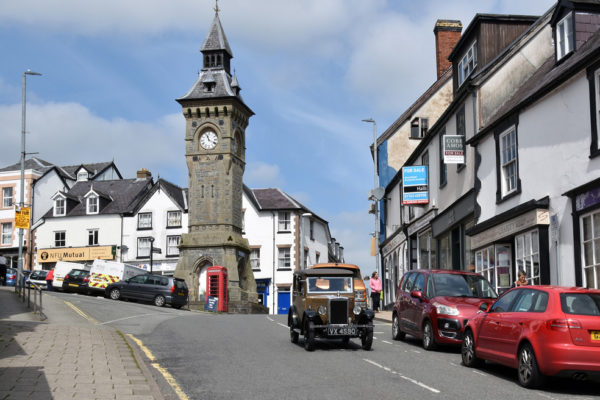 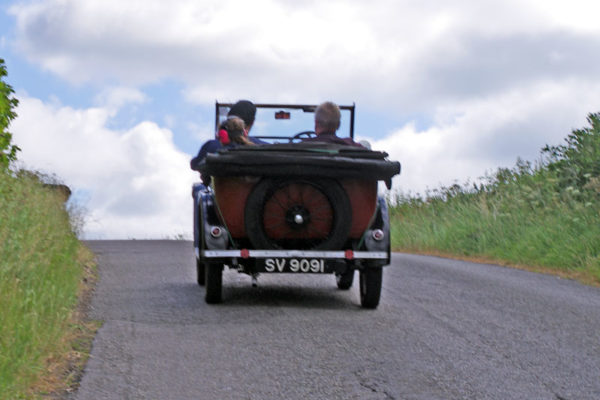 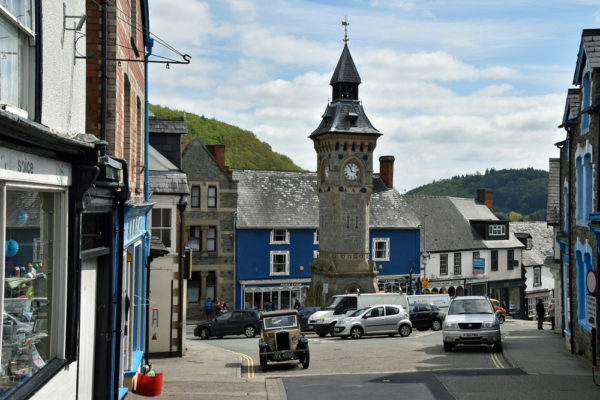 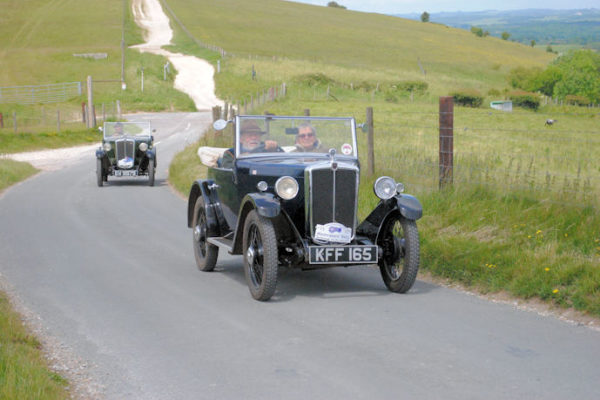 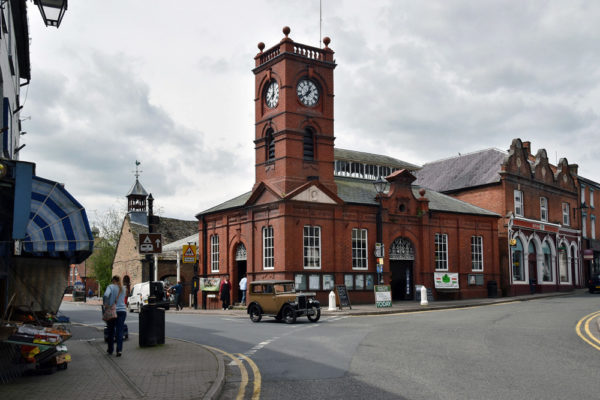 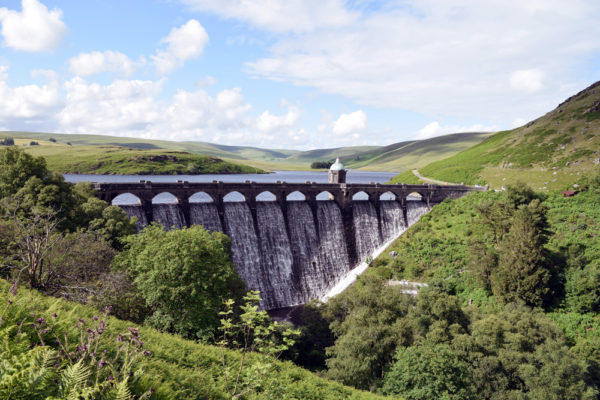 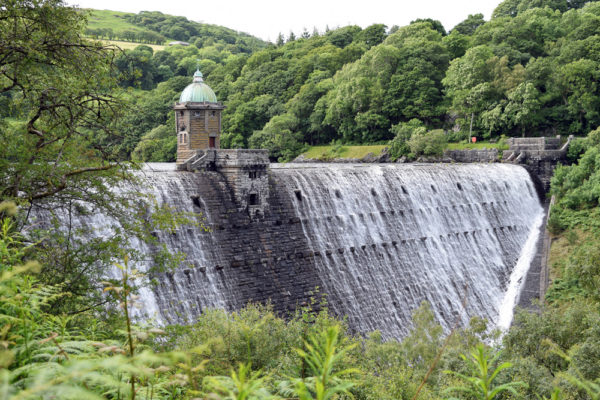 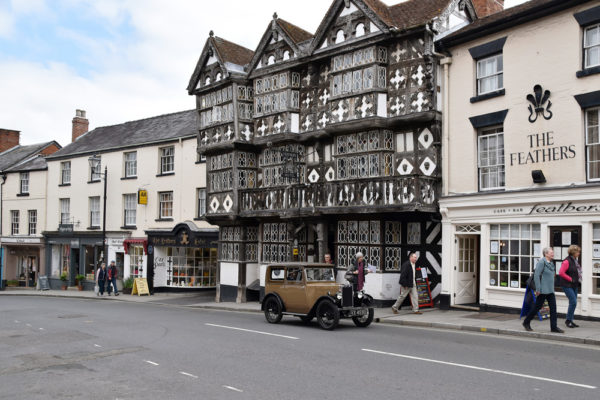 Ludlow The Feathers 15May15 KateMartinPic 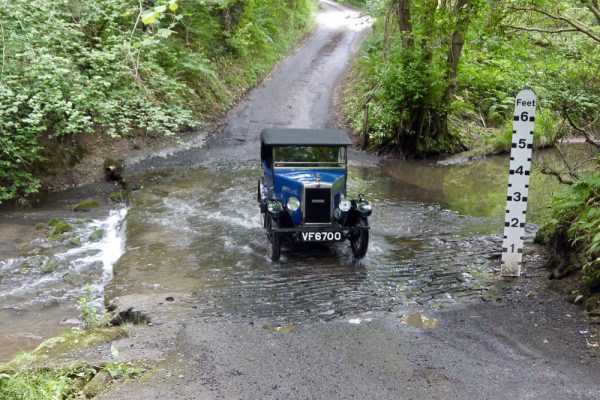 A note from the Network …

A big ‘thank you’ to Tony and June for taking on the task of organising what promises to be a memorable 11th Network rally. The locale is a new one for us and is situated a lot further west than we have previously ventured. The Welsh Marches is a much favoured location for VSCC events, due in no small part to its beauty, but also because the lanes and byways suit our types of vehicle perfectly. That is not to say that they won’t be challenged by the terrain, which has undulations that are bound to test our (mainly) 20 bhp cars. It’s hoped that our annual change of rally base will attract new entrants from those living in the region as well as appealing to the hard-core rallyists who attend year after year. If you have a suitable car, enjoy the countryside and the company of like -minded enthusiasts, then please don’t hesitate to enter and book now to avoid disappointment. As Tony and June have indicated above, you are guaranteed a warm welcome in July 2021. (Chris Lambert – August 2019)