Close Cousin of The Morris Minor

The design of the six cylinder 1271 cc over head camshaft Wolseley Hornet engine was to have serious implications for three of the Sir William Morris owned car companies. When the ailing Wolseley company was acquired personally by William Morris in 1927, sales of Wolseley products were very slow indeed. Morris set about restructuring the company along Morris Motors lines and discovered in the process that work was well underway on a new small six cylinder engine. He immediately capitalised upon this development work by ensuring that a truncated four cylinder version of just 847 cc was speedily adapted for use in his new ‘baby’ car, the Morris Minor, the model being launched in the late summer of 1928. The six cylinder engine was then installed in a lengthened Morris Minor chassis and with a version of the Minor Coachbuilt Saloon body fitted (together with a Fabric skinned version), was launched amid much press fanfare in April 1930. Named the Wolseley Hornet it was a big success and almost single-handedly was resposible for the resurrection of the Wolseley marque. The two saloon ‘factory’ versions were quickly followeed by a sporty two-seater,  the Semi-Sports, while the specialist coachbuilders clambered to obtain rolling chassis upon which to build their own sports bodies.

Competition success followed and another William Morris business, The M.G. Car Company, used the engine in their new range of six cylinder sports cars as well as fully developing the four cylinder variants which powered their first Midget model and all subsequent Midgets up to 1936.

While the early thirties motoring press much admired the Hornet, the British motoring public purchased the car in ever increasing numbers and the story of its early success is told through the images and articles to be found on the following pages.

When Wolseley launched their lightweight six cylinder Hornet models in April 1930 it was apparent from the outset that the engine/chassis combination was likely to be a very successful pairing. The small coach-building concerns certainly thought so and by the late summer of that year had begun to produce open-topped special versions of the car which were, by the standards of the day, very quick indeed. It wasn’t long before the enthusiasts that bought them took their cars along to Brooklands to compete in clubman events, while others signed up to take part in the famous trials and rallies run by organisations such as the MCC and RAC. The Hornets performed well and won plenty of awards in the hands of  of some of the well known driver names of the period including M. A. McEvoy, V. W. Derrington, C. H. Livesey and J. A. M. Patrick. The images to be seen in the gallery held within the Member’s Area of the website, capture some of the excitement and drama to be had when competing in these relatively powerful, yet nimble lightweight cars during the first half of the thirties decade.

Almost immediately after its launch in April 1930 the first Wolseley Hornet Specials began to surface. Who could blame the coachbuilders for wanting to fit lightweight bodies to a comparatively small rolling chassis that was equipped with an advanced 1271 cc, SIX cylinder OHC engine. At launch it was the smallest capacity six cylinder car on the British market and while the factory models sold very well, the motoring public wanted to see a Hornet sports car. The coachbuilders were quick to fill this void although Wolseley also introduced a model initially called the Hornet Sports at launch in November 1930 and then the Hornet Semi-Sports (Feb 31) before once again reverting to the ‘Sports’ tag. By February 1931 at least ten coachbuilding companies were simutaneously producing Hornet Specials in Sports, Coupe and Saloon body versions and by the end of that year many more had joined the party!

Throughout 1931 ever increasing numbers of Hornets could be seen in clubman competitions primarily in circuit racing events, (notably at Brooklands) as well as in the famous long distance trials of the period, in which they performed with some distinction.

The Wolseley Motor Company came into Morris ownership in 1927 after William Morris personally acquired the ailing firm from the receiver for £730,000. By the spring of 1928 Wolseley had designed a four cylinder OHC engine for the new Morris ‘baby’ car which was to compete head to head with the Austin Seven and was to be launched in October 1928 at the Olympia Motor Show in London. The Minor engine was a shortened four cylinder 847 cc version of a six cylinder power unit of 1271 cc which went on  to power the first of a new model range of Wolseley cars named the Hornet. The Hornet was launched in April of 1930 with just two models, a Fabric Saloon (£175) and Coachbuilt Saloon (£185) with bodies identical in appearance from the scuttle rearward to those of the two similarly named Morris Minor saloons. Inside, the cars were more luxuriously equipped than their cousins from Cowley and the length of the car was extended to 11 feet and 1 inch in order to accommodate the longer six cylinder power unit.  Both Hornet models were fitted with Lockheed hydraulic brakes while the SWB Minors continued with cables.

Surprisingly the saloons were modified and relaunched in September 1930, just six months after their arrival in the market place. The body was enlarged to allow more room inside the car altough the original smaller bodied models remained in parallel production for a while. A pair of two seater Hornets were also launched for 1931, an open car, the Semi-Sports and a Coupe. By the late summer of that year the six cylinder OHC engine was modified to enable the camshaft to be driven via chains from the crankshaft instead of through a bevel gear arrangement via the armature shaft of the dynamo, this item now being being re-positioned in a more conventional place alongside the engine. The Hornet went on to become arguably the most popular six cylinder British car of the thirties. 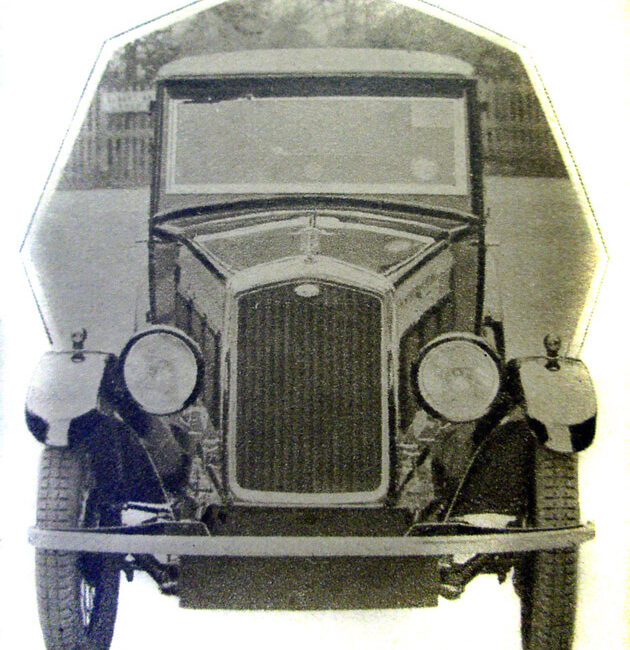 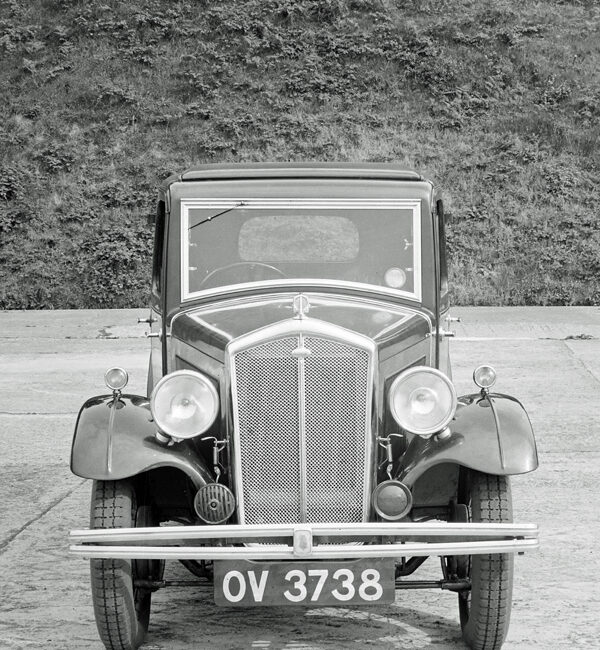